“Living in Finland, The Land of the Puukko it’s very natural to make a puukko at school but I never did. So it was my turn to try my first puukko knife back in January 2010 without any reason but curiosity. I learned all the information for my first puukko project on the internet. I have never been to any puukko making courses, later I learned some tricks from fellow knife makers and took their advice. Thanks to my wife and her nice feedback I made another one and so on.

My approach to knife making is a bit different. I have never done blade blanks nor black smithing work. All the knife blades in my work comes from professional blade makers like Roselli, Puronvarsi, Laurin Metalli (Lauri blades) and many others. I have also customized some knives like Fällkniven, Mora etc. by mounting the blade on a new handle and making a sheath for it. With my knife works I can show that not everybody has to have his own forge but you can use retailer blanks.
Then I started making YouTube videos about puukko making. It took two years until I made my first puukko making video for YouTube on my channel thetopicala. Don’t ask what this nick name means. I should have been more careful with it. Very odd and difficult name to advertise it. Since then I have made close to 300 YouTube videos basically on knife or sheath making. I have got another channel too where I have recorded other types of videos, finnvagabond.

Puukko making is a hobby for me. I’ve had my daily job for almost 30 years and this is good change for me. I have made my best studies in knife making by searching other knife makers and their works using Google and pictures, visiting other knife maker’s sites was a really good lesson. I’m a good listener and if someone says his opinion I try to consider that. The best teacher is the feeling, how does it feel to in your hand. Also I like to collect different handle materials from all over the world. If it’s colorful or exciting wood grain, I’m interested!

In Finland we are lucky to have domestic wood species like the birch and especially curly birch. I have made many knives from that material. Even if it was not stabilized it tolerates the harsh environment during the winter and endures a lifetime if you treat it from time to time. We all have our favorite oils and treatments for the wood and there is not one and only option for a wooden knife handle. The structure of curly birch is very burlish. The grain is very vivid and it does not split like normal wood. It’s almost impossible to cut with an ax. Due to this structure it is a very strong handle material, light but strong.

Making a leather sheath was a great challenge for a long time. Making stitches and using leather was totally new to me. In my case it takes even more time to make a sheath than the knife. There are so many working stages in it. That is why I have great respect for good looking sheaths and leather work.

Social media. I must thank this social media for being known at all among puukko enthusiasts. It spreads the awareness of me as knife maker very effectively and makes the connections easy and fast. There have been numerous times I have been discussing a knife with the purchaser in messenger while I’m making his knife. I think I would have made only couple of knives if there was no social media serving us. I have made contacts all over the world and made some cool journeys in Europe and met great guys. I have spent some nice time among Swiss, German, and Austrian friends and held puukko and leather sheath making courses in the German forest for great a audience a couple of times. How does this sound!

Hunting knife, Lapland knife, leuku, saami style knife, whittling knife, fish fillet knife, mushroom knife, fultang knife, hidden tang knife, rat tail tang knife, you name it and I have tried to make it. The puukko I sent to Federico at Nordiska Knivar is a traditional rat tail tang knife out of birch bark. I collected the birch bark for it myself. I bought two birch trees, the bark for the knife handles and the rest of it for our stove for winter evenings.

Finally I want to thank friends Tommi Makela, Saku Honkilahti, Kari Loippo of Roselli and Tapio Syrjala and many others for the great moments among knife makers.” 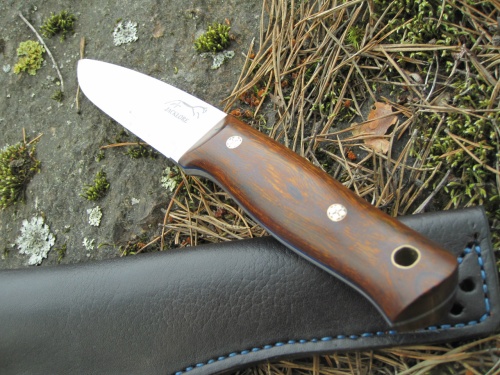 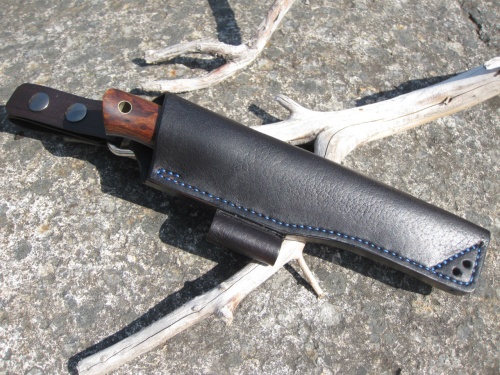 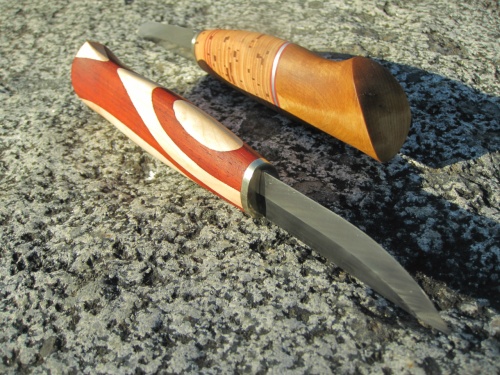 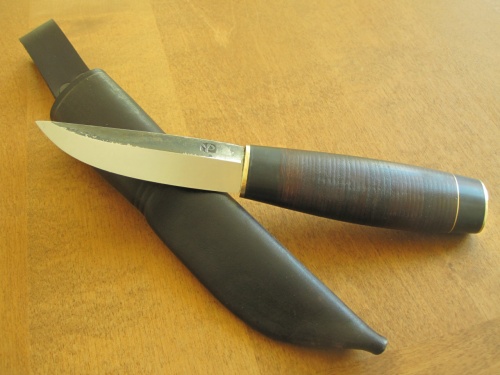 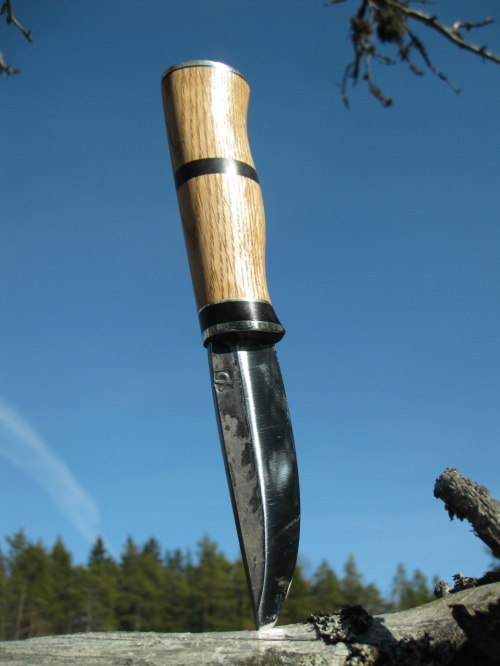 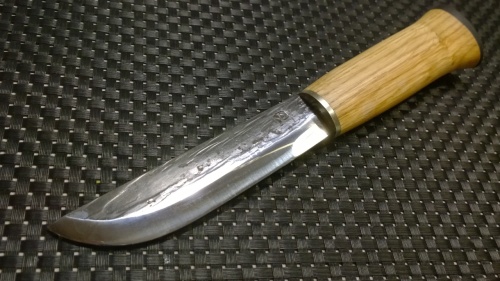 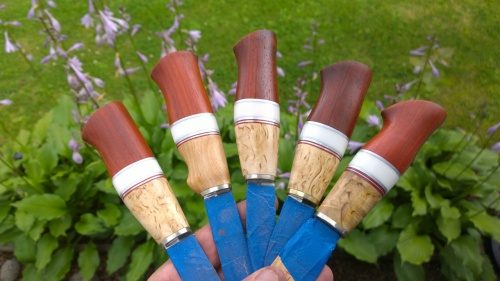 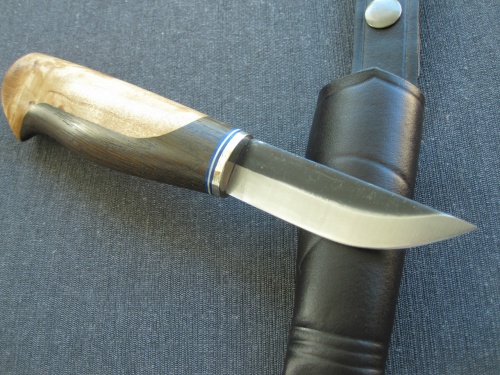 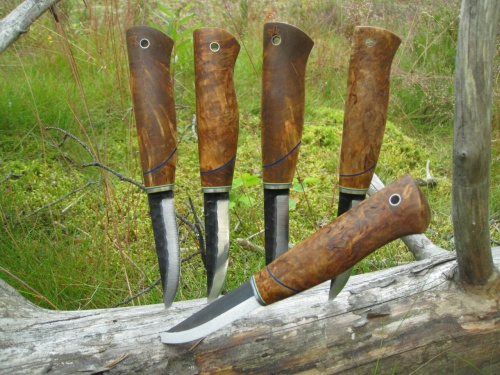 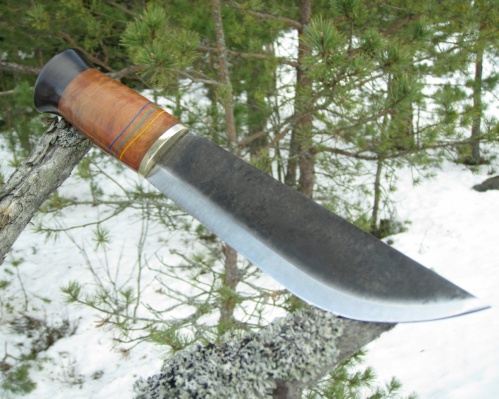 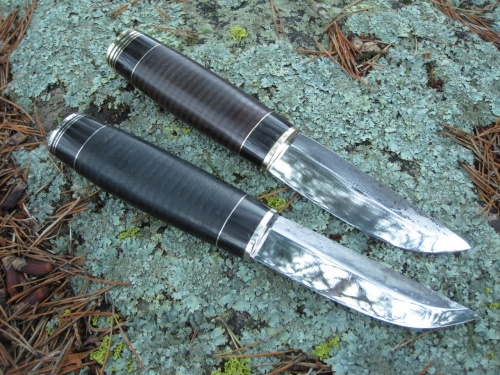 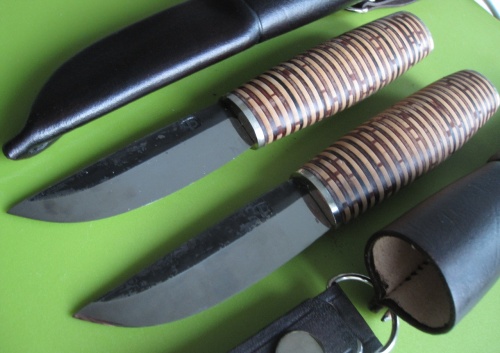 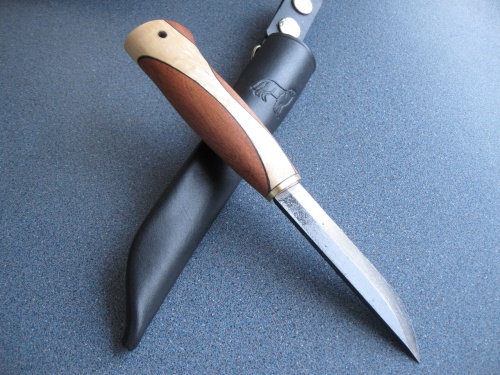 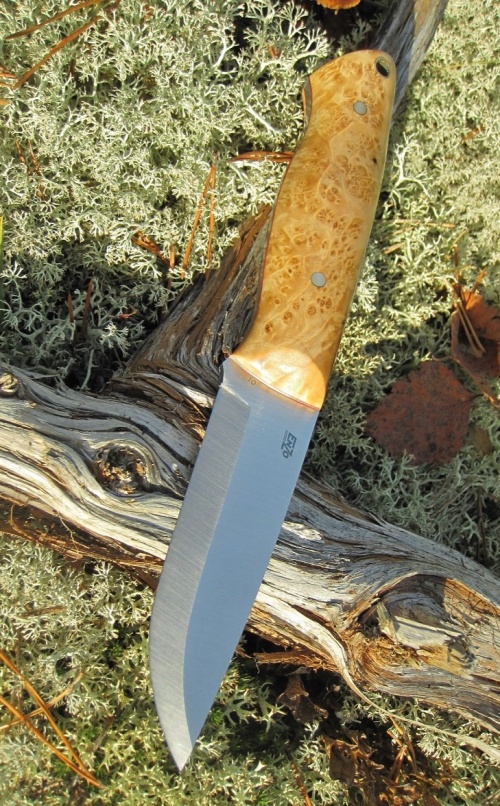 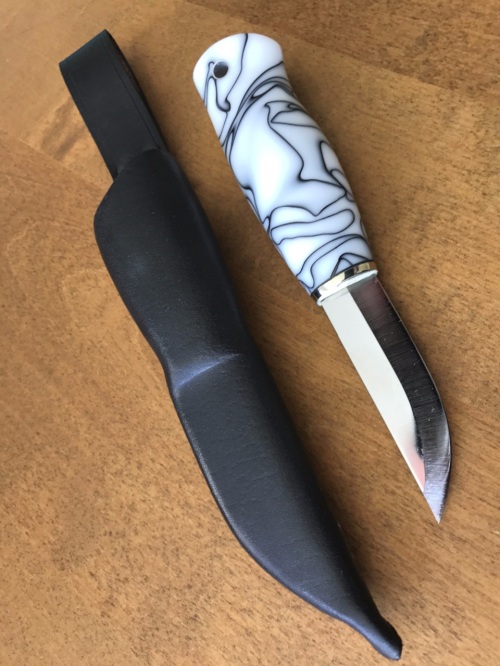 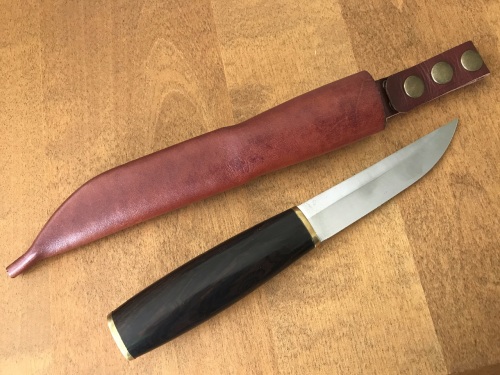